Details On Engineering Of The Golf Ball

The golf ball is one of those pieces of equipment that are unheralded for the value they bring.

When it comes to golf, there is nothing more important than the ball and how it is designed. This is why a lot of time is spent on making sure it is engineered well and works as it is supposed to out on the golf course. 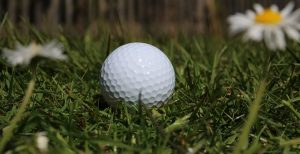 Here are some of the key factors when it comes to its engineering and how engineers get things spot on with the average golf ball in this day and age.

This is a transition that was made in the early 2000s when the average solid golf ball wasn’t providing enough control. Most golfers felt as if the balls were swerving on them and they were prone to not working out as intended.

This was when the multi-piece construction was added in by engineers.

The premise of this was to build a great golf ball using multiple pieces. Solid balls with the multi-piece construction were able to hold well in all situations and conditions, which was critical for the average golfer.

Professionals quickly moved to this as time went on.

The golf balls were being covered with average materials that would be wound into place. Those were okay but were not providing enough value for the shot a golfer would play. This would be noticed by those who were giving it their all but still didn’t get as far as they wanted to. 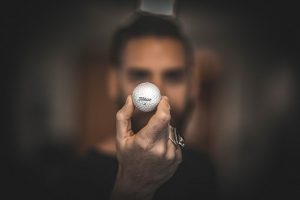 So, what did engineers do with the golf ball?

They thought about the materials that were covering it.

This was when urethane came into the equation as a reliable option for the golf ball. It was something Tiger Woods proclaimed was a must for getting better distance and less drag in the wind.

One of the other issues that came up according to the pros was excess spin after a shot was played. This meant the golfer didn’t have control over how much spin was being put on the ball regardless of how it was hit.

This took a lot of the value out of their shots.

To ensure that was not happening, engineers tested different materials to see how they could better the solid ball. They did this with the help of a sulfur formula that ensures spin wasn’t imparted as it used to.

These are the engineering details for those who are wondering how a good golf ball is crafted. It takes time, and a lot of testing to ensure things work out and that is where engineers spend a lot of their time breaking things down. The goal is to get the perfect balance, quality, and durability out of the golf ball in the long-term. If that is the goal, these details matter a lot, and that is why they pen them down as soon as possible.

The golf ball will remain important for the spot, and that’s why its engineering is critical.

This entry was posted in General and tagged engineering, golf, golf ball. Bookmark the permalink.